In the Kazakh language,
Zhanaozen means ‘new river’.
In 2011, this town, located in the desert,
became a symbol of hope for political
change in Kazakhstan.
For the first time in over twenty
years of independence in Kazakhstan,
oil workers began mass protests against
exploitation and dictatorship.
Previously, they only listened passively
to the voices of discontent coming
from the intellectual elites of Almaty and the
independent media.
The strike broke out in the fuel
industry, which is integral to the
country’s economy.
Despite the peaceful form of the
industrial action, the authoritarian
government failed to enter into
dialogue with the strikers. 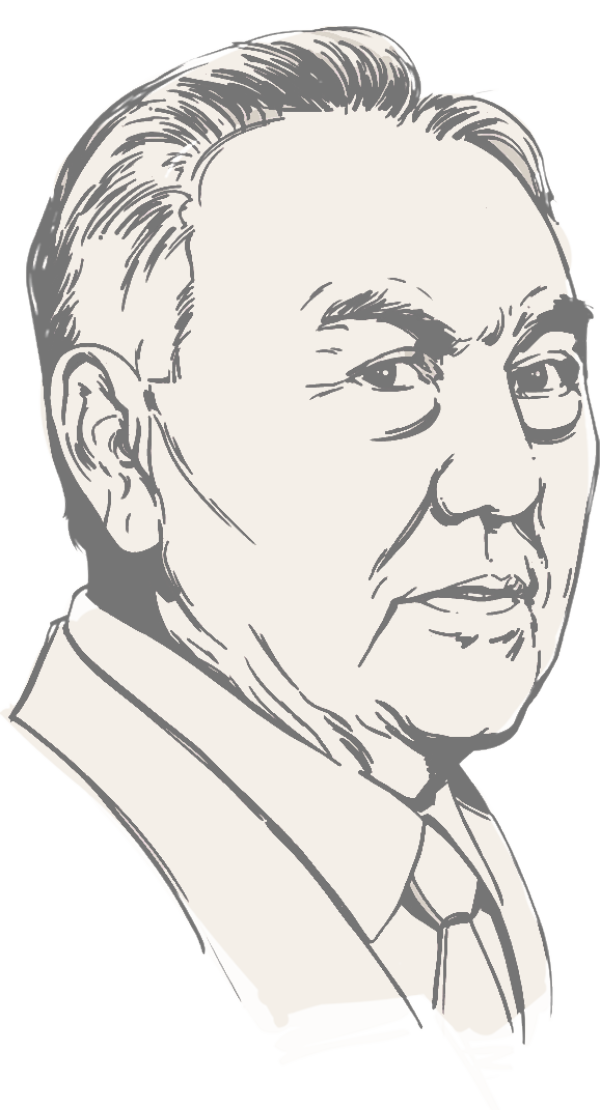 15 000
amount of strikers in 2011
2 000
number of oil workers fired
17
86
37
killed
injured
prison
sentences
In order to suppress the protest, security
services used provocation, beatings
carried out by “unidentified
attackers”, social pressure,
staged accidents and detained
oil workers and activists.
In December 2011, the strike was
stopped by means of force.
The tragic events in Zhanaozen
seriously undermined the
credibility of President Nursultan
Nazarbayev.
In 2012, workers of steel mills and
coal mines also went on strike.
The image of Kazakhstan –
the oasis of stability and leader of
reform in Central Asia, created by
the authorities, has been tarnished.

The city court of Zhanaozen deems the strike illegal and promises the intervention of the investigative bodies against protesters.

The strike is brutally suppressed by police, leaving at least 17 dead and dozens injured.

State of emergency is introduced in Zhanaozen. Roads leading to the town are blocked and mobile and Internet communication are disrupted.

Vladimir Kozlov, who took part in the provision of assistance to the striking workers, gets arrested. He is accused to inciting social hatred, leadership and participation in a criminal group and attempting to overthrow the government.

The European Parliament adopts an urgent resolution on the situation of human rights in Kazakhstan. It calls on the Kazakh authorities, among others, to stop the political persecutions and to investigate thoroughly the events related to the Zhanaozen tragedy.

Brutal attack on Lukpan Akhmediarov, journalist of the independent newspaper Uralskaya Nedelya yet another sign of growing repressions against media critical of the regime

Arrested strikers face farce-trials, accused i.a. of organizing and participation in mass disturbances. Many, including Roza Tuletayeva, one of the leaders of the strike movement in Zhanaozen, denounce the use of torture during the interrogations. The accusations are left unaddressed. Many strikers are sentenced up to several years in prison.

Bolat Atabayev, prominent Kazakh theatre director gets arrested for having spoken out on behalf of the striking oil workers

Vladimir Kozlov’s trial begins. He faces punishment of up to 9 years in prison.

Vladimir Kozlov is sentenced to 7,5 years in prison in a trial, described by international organisations as not fully independent and just.

The European Parliament adopts a resolution, in which it clearly criticizes increasing repressions against opposition and independent media following Zhanaozen tragedy, as well as lack of any independent investigation into the events.

Unregisterested opposition party “Alga!” is declared “extremist” and its activities banned on the territory of Kazakhstan.

A number of leading independent Kazakh media outlets get officially banned as “extremist” with an order by the court of the city of Almaty.

Still no justice is given to strikers arrested after the Zhanaozen tragedy. Those who denounced torture and ill-treatment remain in prison. Roza Tuletayeva is being denied necessary medical care.

Increased repressions against individual independent journalists in Kazakhstan. They are pressured to stop any professional activity they have been carrying out till then.

The European Parliament adopts an urgent resolution on the human rights situation in Kazakhstan. It calls the Kazakh authorities to release political prisoners and stop any persecution carried out against independent journalists

The Kazakh authorities broaden their repressive actions against opposition to the territory outside Kazakhstan. Misusing Interpol system and secret services, Kazakh authorities go after Mukhtar Ablyazov and his family, friends and ex-colleagues living in Europe.

Alma Shalabayeva, wife of Mukhtar Ablyazov and their 6-year-old daughter Alua get sent back from Italy to Kazakhstan on a private jet rented by the Kazakh authorities. UN calls this shocking 3-day action an ‘extraordinary rendition”

Alexandr Pavlov, ex head of security of Mukhtar Ablyazov is arrested for the second time in Spain. Since then, he has been remanded in custody under maximum security, treated as a terrorist. The court grants his extradition to Kazakhstan on 8 November 2013. The final decision will be taken by the government. Pavlov risks torture or even death if sent back to Kazakhstan.

Muratbek Ketebayev, renowned Kazakh politician and oppositionist, one of the founders of the Alga! party, is detained in Poland. Kazakhstan requested his arrest on 7 June 2013, linking him to accusations against Mukhtar Ablyazov. He is released on 13 June as prosecutor states that charges against him are most probably politically motivated. His name is removed from Interpol wanted list.

Mukhtar Ablyazov is arrested in France, near Cannes. He is being remanded in custody in Aix-en-Provence since. Kazakhstan is moving in collaboration with Ukraine and Russia to request his extradition.

The demands in Zhanaozen

#1
#2
#3
#4
#5
#6
#7
#8
#9
#10
#11
#12
/ The demands in Zhanaozen
/ Kazakh civil society demands
after the Zhaozen tragedy
To revise the collective agreement, signed with oil workers
in 2010 and not observed by the employers, based on
the principle of equality of parties and taking into
consideration the interests and rights of the workers
To revise working conditions in order to bring them
in to line with the international labour standards
To stop discrimination in the workplace
based on nationality
To raise salaries to a level which ensures
the provision of factual minimum living
standards
To allow the legal registration and operation
of independent labour unions
To commence negotiations with labour unions,
along with the participation of international observers
To commence a tripartite dialogue with
the representatives of the government,
including the State Labour Inspectorate
To release Natalia Sokolova, the lawyer
of the oil worker labour union in the
Karazhanbasmunai enterprise, who was
sentenced to 6 years’ imprisonment
To release the arrested participants
of the strike from custody
To stop the oppression and persecution
of activists of labour unions and of social
activists who supported them
Independent international investigation
into Zhanaozen tragedy
“Zhanaozen List” of Kazakh officials
involved in Zhanaozen tragedy.
Police in Zhanaozen suppressed the strike on the 16th of December, 2011. Exactly 41 years prior to that date, on 14th–22th of December, 1970 in communist Poland, a massacre was carried out on the shore of the Baltic Sea, which later became known as the ‘December Events’. Then, the communist militia and army crushed the protests of shipyard workers. 45 people were killed and over 1,000 were injured.
Following the suppression of the strike in Zhanaozen, authorities decided to shift the blame for the tragedy on to the opposition and representatives of independent civil society organisations. The most common charges which were brought against the detained opposition leaders and social activists, comprised: “inciting social hatred”, “extremism” and “information terrorism”.
Without outside support, Kazakh opposition and the forming civil society have a slim chance of survival.
#154
Place of Kazakhstan in terms of media freedom in the world by the organisation Reporters without Borders (from 179 countries)
#182
Kazakhstan's position in the 2013 Freedom of the Press index by Freedom House (from 196 countries)
The repressive actions undertaken by the regime
of president Nazarbayev caused the closing of
independent media in Kazakhstan. Media outlets that
covered information about the strike
were accused of "information terrorism". 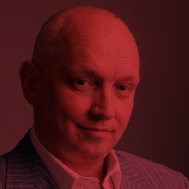 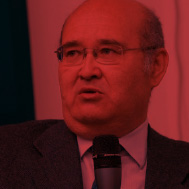 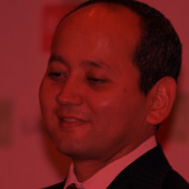 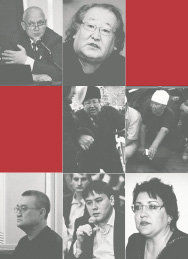 The victims of Nazarbayev's regime are not anonymous. They are real people, with real faces. Those demanding that their rights be respected suffer serious repressions. 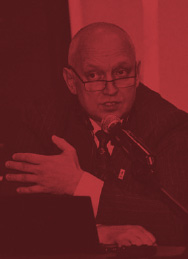 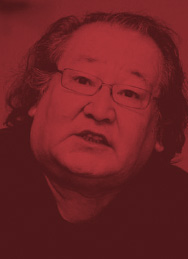 Theatre director, activist. Detained for speaking out for the striking workers.
Released thanks to international campaign. 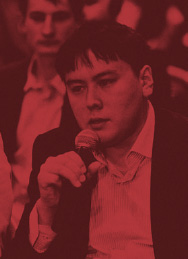 Journalist, leader of the youth organization Ruk Pen Til. Arrested for supporting striking workers’ postulates.
Released thanks to international campaign. 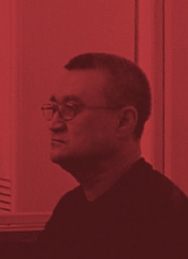 One of the arrested strike leaders.
He pleaded guilty under pressure and received a suspended sentence of 5 years in prison. 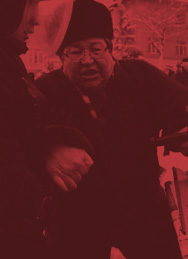 One of the arrested activists. Pressured into partially accepting his responsibility for the strike, he received a suspended sentence of 4 years in prison. 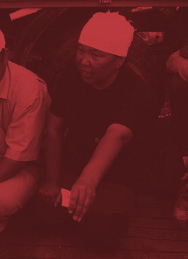 One of the arrested strike leaders. She denounced the use of torture during interrogations. Necessary health assistance is not provided as she’s serving a 5-year prison term. 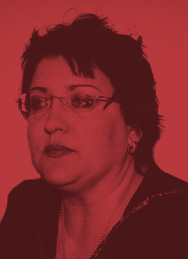 Arrested lawyer of the striking workers’ labour union. Initially sentenced to 6 years in prison, thanks to international campaign, she was transferred to house arrest for 3 years.
Zhanaozen victims

Members of the opposition are being labelled by the Kazakh authorities as extremists and terrorists carrying out subversive activities, dangerous for the society.

WHO WILL BE NEXT?

Find out more on Zhanaozen.